Could Filial Responsibility Laws Could Leave You with Your Parents’ Healthcare Debt? 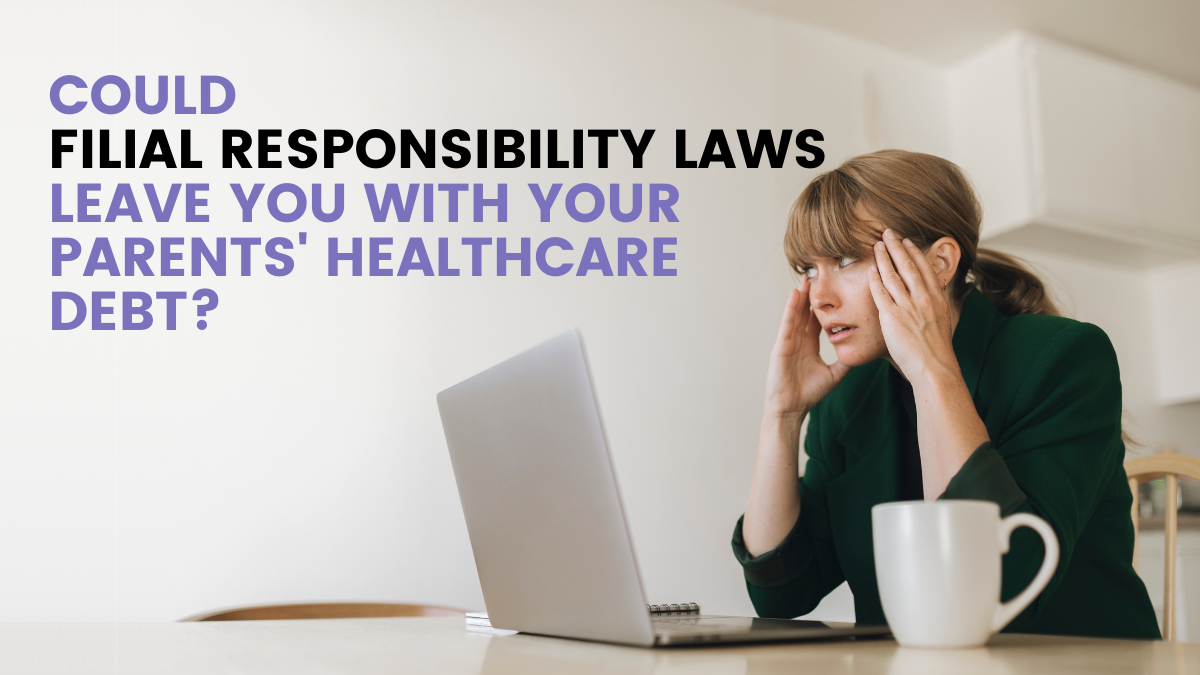 There’s a relatively unknown law on the books that could put adult children in a situation that jeopardizes their savings. If your parents live in one of the 27 states with filial responsibility laws, you could be held legally responsible for their care. That means if your parents are unable to pay for their healthcare, you may have to foot the bill.

While filial responsibility laws are rarely enforced today, skyrocketing healthcare costs and longer life expectancies are increasing the threat of elderly parents outliving their savings, which could bring these laws back to life.

Filial laws stem from England’s 16th century Poor Laws, a set of social measures meant to support impoverished citizens. At one point, 45 U.S. states had statutes that left children responsible for the well-being of their parents,1 but many states repealed these laws after the establishment of Medicaid in 1965, which provides a safety net for low-income people who can’t afford healthcare.

What Happens if Your Parents are Unable to Pay?

If your parents can’t afford their cost of care and their state has filial responsibility laws, you may be asked—or sued!—to pay the bill. The laws vary from state to state, with some imposing financial responsibility and others, criminal penalties. One thing of note: No matter the state, all require the parent to be deemed “indigent” (poor); you aren’t on the hook for your parents’ medical bills if they can pay but simply choose not to.

In 2012, the Pennsylvania Superior Court upheld a lower court’s ruling to require an elderly woman’s adult son to pay her $93,000 nursing home debt after she left the country without paying the bill. The woman had applied for Medicaid, but the application was pending at the time her approximately six-month nursing home stay ended.

While other cases in different states required children to pay their parents’ bills, those generally found that the adult children had made efforts to illegally hide their parents’ assets. This Pennsylvania case is particularly significant because there was no evidence that the son had engaged in any illegal transfer of assets.

Medicaid currently helps elderly patients who have exhausted their assets cover their long-term care expenses. With the average semi-private room in a skilled nursing facility costing $7,756 a month (as of 2020)3, these are no small bills!

In an ideal world, when a senior is running out of money, they file a timely application for Medicaid, they qualify for coverage, and filial responsibility laws never come into play. However, sometimes they don’t apply on time, or they face a Medicaid ineligibility period for violations—gifts or other financial transactions—made during the Medicaid look-back period (five years, except in California where the look-back period is two-and-a-half years2). During any coverage gap, your parent is on the hook for their healthcare costs.

One thing to note about Medicaid is that it isn’t necessarily “free”—state Medicaid programs are required to seek recovery of payments for healthcare services from the participant’s estate once he or she passes away.

The type of assets subject to recovery depends on the state; some states can only stake a reimbursement claim against assets that go through probate, while others have an expanded definition of estate.4 However, the Medicaid estate recovery program will not pursue recovery while the participant has a living spouse or if the participant’s beneficiaries would suffer “undue hardship.”

Now that you know more about filial support laws, you may be wondering how much financial support you could offer your parents if the need arose. While many adult children would do whatever it takes to support their elderly parents, they risk putting their own children in jeopardy of having to support them—thus perpetuating a dangerous cycle.

If you are concerned about your parents’ or your own financial welfare and are looking for guidance, give us a call. Our financial advisors can help you find a balance between saving for both your parents’ future and your own. Government welfare programs can sometimes keep filial support laws from coming into play, but it's good to consider all possible scenarios when planning long-term care strategies for your family.

DISCLOSURE: Walsh & Associates and LPL Financial do not provide legal advice. This information is not intended to be a substitute for individualized legal advice. Please consult your legal advisor regarding your specific situation.

By accepting you will be accessing a service provided by a third-party external to https://www.walshandassociates.com/